Congratulations to Mark Hopgood and Bec Wanders with CH. Hillmagic Black Cabb Sav AZ (Odin) and Hillmagic Kricket AZ (Kricket) both passing Breed Survey on the 13th May 2017 in Sydney.

Congratulations to Ness Bland and family with Conkasha New Direction AZ (King) being classified on the 12th November 2017 in Sydney.

Congratulations to Ness Bland and family with Conkasha Shadow Diva AZ (Shadow) being classified on the 10th December 2017 in Canberra. 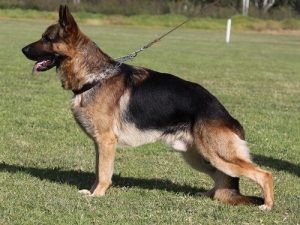 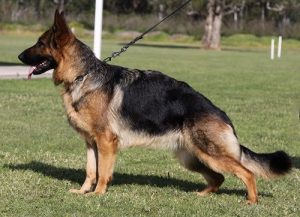 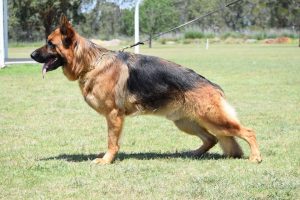 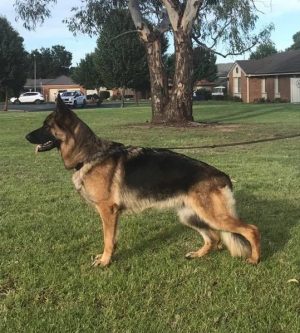 Members have yet again attended many All Breeds and Specialty shows over the year achieving high awards and high gradings. Congratulations to those who participated throughout the year, a snapshot of some of their dog highlights are below. Competed at the Royal Melbourne Show All Breeds Championship Show on Wednesday 27/9/17. Zeus was placed 1st Stock Coat Puppy Dog, Reserve Challenge and Best Puppy of Breed which put him in the Qualifiers for Best Puppy in Working Dog Group on Saturday. Zeus has also competed in numerous other All Breeds and Specialty shows during the year, achieving Best of Breed, In Class and In Group awards, high gradings and achieved his Australian Champion title (100 pts) in December. Ch. Allendell Once Upon a Dream (Amber)
(Y. Hornsey)

Amber has competed in many All Breed shows over 2017 and achieved many high awards including, Runner-up in Show, Best in Group, In Class, In Group and Best of Breed awards. Amber achieved her Grand Champion title (1000 pts) in November. Zeta has competed in many All Breed shows over 2017 and achieved many high awards including, Best Exhibit in Show, Best in Group, In Class, In Group and Best of Breed awards. Millbrook Jemfire (Jemma)
(J. & M. Burgess)
Jemma competed at the Albury & Border Kennel Club show on the 5th November 2017 and was awarded Challenge Bitch, Best Junior in Group 5 and also Junior in Show (under 2 different judges). Jemma also competed throughout the year at All Breed shows gaining championship points and a Best Minor in Group 5. Congratulations to Rita Wakley and Jed passing their Test 1 at the Tracking Club of Victoria’s Open Trial on the 8th July with a grading of Good.